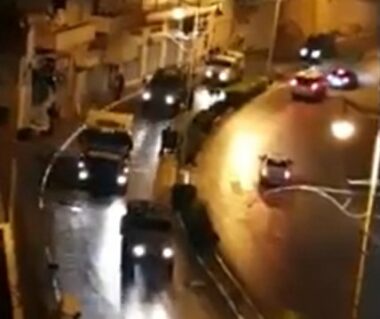 The soldiers also installed roadblocks on the main Jerusalem-Hebron road and streets leading to Beit Ummar and Halhoul, stopped and searched many cars, and interrogated the Palestinians while inspecting their ID cards.