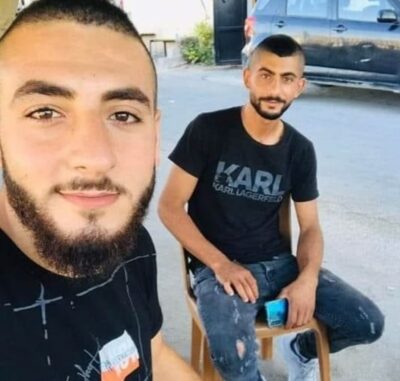 On Saturday dawn, Israeli soldiers killed two Palestinians near the main entrance of Jaba’ town, south of Jenin, in the northern part of the occupied West Bank.

The Palestinian Health Ministry has confirmed the names of the two slain Palestinians as Ezzeddin Bassem Hamamra, 24, and Amjad Adnan Khaliliyya, 23, both from Jaba’.

Media sources said the soldiers assassinated the two Palestinians after ambushing their car near the Jaba’ town junction, fired many live rounds at them, and chased them to the Al-Fandaqumiya nearby village before firing a barrage of live rounds at their car, killing the two.

The Saraya Al-Quds Brigades, the armed wing of the Islamic Jihad, said the two were members of the group and added that they exchanged fire with the soldiers on the main road between Jaba’ and Al-Fandaqumiya.

It added that one of them was injured before they drove away, but the soldiers chased them, fired dozens of live rounds at their car, and killed them.

Earlier Saturday, the soldiers invaded the site of a former illegal Israeli colony in the area, installed a roadblock at the entrance of the Jaba’ town, leading to protests, and fired many live rounds at the Palestinians, wounding one in the leg. 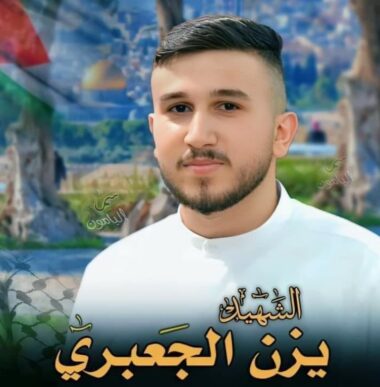 Various Palestinian factions in Jenin issued statements mourning the two young men and Yazan Al-Ja’abri, 19, who died from his wounds at dawn and called for ongoing resistance until liberation.

The killing of the two young men brings the number of Palestinians killed by Israeli army fire in the first fourteen days of this year, 2023, to twelve, including three children.

Israel-Palestine Timeline: The human cost of the conflict (israelpalestinetimeline.org)