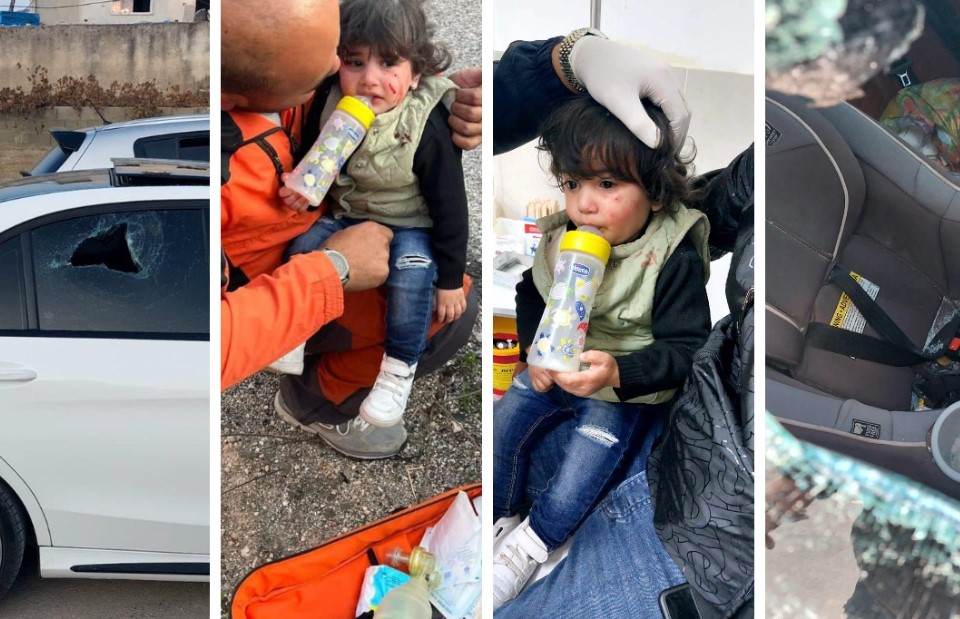 On Friday evening, Israeli colonizers attacked many Palestinian cars and injured a Palestinian infant near Nablus, in the northern part of the occupied West Bank.

Media sources said the paramilitary colonizers gathered near Osarin village, south of Nablus, and hurled stones at many Palestinian cars.

They added that the colonizers injured a child, only 18 months of age, in one of the attacked cars before Palestinian medics provided her with the needed treatment.

The attack also caused damage to several Palestinian cars at the same junction before the colonizers left the area.