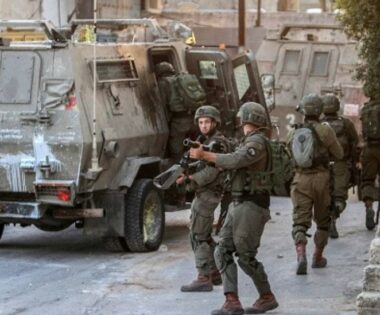 On Saturday dawn, Palestinian resistance fighters exchanged fire with Israeli soldiers invading many areas of Jenin, in the northern part of the occupied West Bank.

Media sources said many armored military vehicles invaded Jenin city from several directions and were met with fierce resistance in the city before withdrawing without being able to abduct any Palestinian.

Hours before the invasion, Palestinian fighters exchanged fire with Israeli soldiers in several areas around Jenin city and surrounding towns.

Also, fighters of the “Jenin Brigade,” one of the armed groups of the Islamic Jihad, and fighters of the Al-Aqsa Brigades of the Fateh movement, fired many live rounds at the Shaked illegal colony, built on stolen Palestinian lands west of Jenin.

The fighters also exchanged fire with Israeli soldiers at the Al-Jalama military roadblock and near the Annexation Wall in the Al-’Arqa village and Jaba’ town, in addition to firing live rounds at the Merav illegal colony.