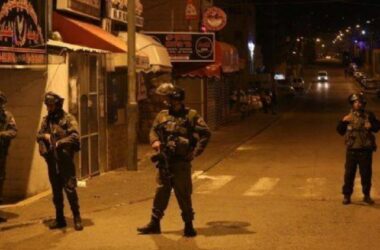 On Saturday dawn, Israeli soldiers abducted five Palestinians, including an elder, in Ramallah, Hebron, and occupied Jerusalem in the West Bank.

In Ramallah, in the central West Bank, the soldiers abducted a former political prisoner, Bara’ Barghouthi, from Beit Rima town, northwest of the city, after stopping him at the Halamish military roadblock near Nabi Saleh village.

In Hebron, in the southern part of the West Bank, the soldiers invaded Beit Ummar town, north of the city, stormed and ransacked homes before abducting two young men, Hamada Khaled Sabarna and Mohammad Issa Bregheeth.

In Occupied Jerusalem, the soldiers invaded the Al-Ein area in the Wadi Hilweh neighborhood in Silwan town, south of the Al-Aqsa Mosque in the occupied Palestinian capital, Jerusalem, and abducted an elder in his eighties, Adam Somrain, and a young man Abdullah Shehda Al-Qaq.

On Friday, the soldiers abducted a young man, Karim Jabarin, and held him for several hours after issuing a house arrest order for five days and an order barring him from entering the Al-Aqsa Mosque and its surrounding area for fifteen days, the Wadi Hilweh Information Center in Silwan (Silwanic) has reported.

Silwanic added that another Palestinian, Majdi Obeisan, received a similar barring him from entering Al-Aqsa for one week and was ordered to head to an interrogation facility again the day his current order expired. 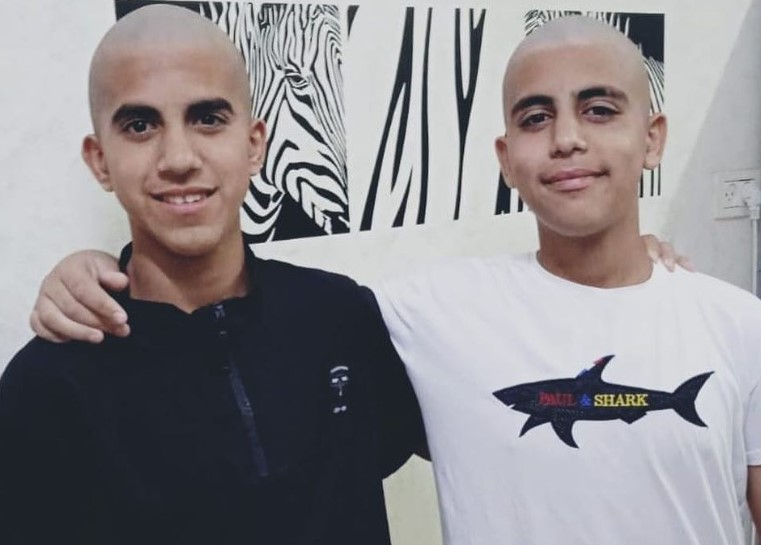 Also Friday, the soldiers abducted two teenage boys, Adam Da’as and Mohammad Da’as, in the courtyards of the Al-Aqsa Mosque and released them after issuing orders barring them from entering Al-Aqsa and the Old City for two weeks. The two boys are from Silwan town.