Israeli Colonizers Injure A Palestinian And Destroy His Car Near Jenin 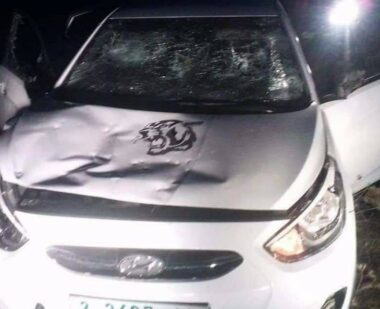 On Saturday at night, several Israeli colonizers, illegally squatting on Palestinian lands, assaulted a man and destroyed his car, while he was on his farmland, south of the northern West Bank city of Jenin.

Media sources said the man, Ibrahim Hafeth Milhim, was working in his land in Jabal Abu ash-Shawareb mountain, in Kufur Ra’ey town, south of Jenin, when the colonizers invaded his land and assaulted him.

The man suffered various cuts and bruises before he was moved to a Palestinian hospital for treatment.

The colonizers also attacked and damaged his car while it was parked near his land and kept the car in their possession.

The Israeli assailants came from the illegal Mabo Dothan colony, which was built on stolen Palestinian lands in Ya’bad and Arraba towns.