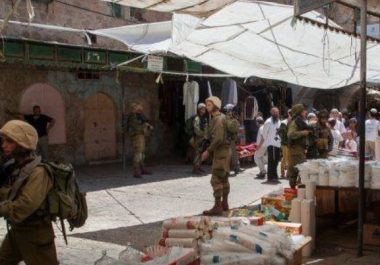 Illegal Israeli colonizers attacked and injured, on Monday evening, a Palestinian child in the Old City of Hebron, in the southern part of the occupied West Bank.

The Israeli assailants attacked the child close his home near the Religious Court, in the Old City, before he was rushed to a local clinic.

Two days earlier, a number of extremist colonizers attacked several Palestinians, and injured a husband and his wife in Tal Romeida neighborhood, in Hebron city, in the southern part of the occupied West Bank.