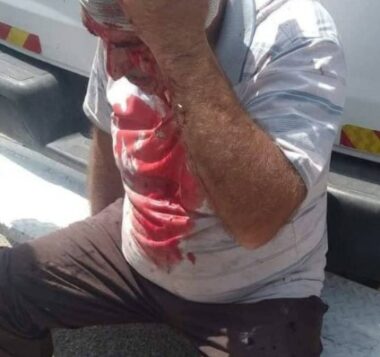 On Friday, Israeli colonizers injured a Palestinian man on his land and attacked his home along with many homes in Hebron city, in the southern part of the occupied West Bank.

Arij al-Ja’bari said that, on Friday morning, the colonizers assaulted her father, Abdul-Karim al-Ja’bari, 64, while working on his land in the city, causing various cuts and bruises.

Palestinian medics were called to the scene and rushed her father to Alia governmental hospital.

Arij added that, on Friday night, the colonizers attacked homes, including her family’s property, close to the illegal Kiryat Arba colony in the eastern part of Hebron.

The colonizers also attacked several homes and destroyed plants in Jaber and al-Ja’bari neighborhoods, causing anxiety attacks among the families.