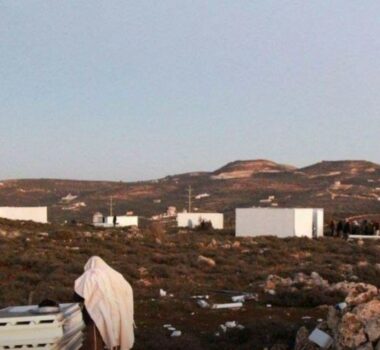 On Friday dawn, illegal Israeli colonizers installed an outpost on stolen Palestinian lands in Joreesh village, southeast of Nablus, in the northern part of the occupied West Bank.

Daghlas stated that the colonizers brought mobile homes and various types of equipment and supplies to establish their outpost on the stolen Palestinian lands.