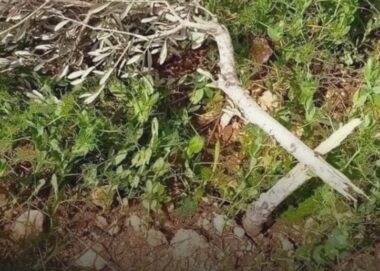 He added that this orchard is near the Industrial Zone of the illegal Ariel colonialist block, built on stolen Palestinian lands belonging to several surrounding villages and towns.

Palestinian farmlands and orchards in the area are subject to frequent Israeli violations, including during the olive harvest season.

The attacks include cutting and uprooting trees, saplings, and plants and flooding Palestinian lands with toxins and wastewater mixed with chemicals, especially from the Industrial Zone.