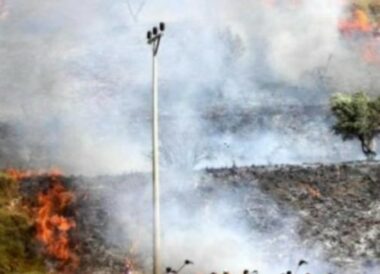 Omran said the colonizers burnt large areas of farmlands in the eastern part of the village and attacked several homes, in addition to obstructing the Palestinian firefighters’ efforts to extinguish the fire before it reached the homes.

The owners of some of the attacked homes have been identified as Najeh Omran, Idrees Huwwari, and Anas Huwwari.

In related news, the colonizers attacked a Palestinian shepherd while herding his flock in the Masafer Yatta area, south of Hebron, in the southern part of the occupied West Bank.