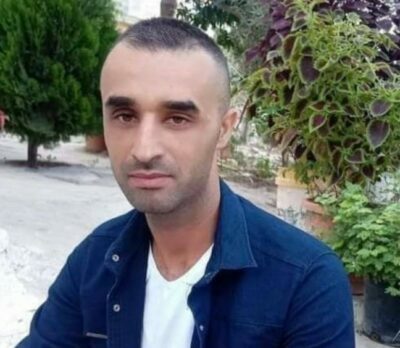 On Saturday, the Palestinian Health Ministry said a Palestinian man died from serious wounds he suffered on June 1, after Israeli soldiers shot him in Ya’bad town, southwest of Jenin, in the northern part of the occupied West Bank.

The Health Ministry said the soldiers shot Samih Jamal Mahmoud Amarna, 37, causing serious wounds during protests that took place after the soldiers invaded the town and detonated a Palestinian home.

During the invasion, the soldiers killed Bilal Awad Kabaha, 24, and injured at least six, including three who suffered serious wounds.

One of the wounded is a medic who was shot while trying to provide the essential aid to the seriously wounded young man.

After the soldiers shot Amarna, Palestinian medics rushed him to a hospital in Jenin before he was transferred to the Istishari Arab Hospital in Ramallah due to the seriousness of his condition.

The invasion was conducted to demolish the home of Dia’ Hamarsha, 27, who was killed by an Israeli police officer, on March 30, 2022, after allegedly shooting to death five Israelis in a suburb of Tel Aviv.

On the same day, the soldiers killed a Palestinian woman, Ghofran Haroun Warasna, 31, at the entrance of the al-‘Arroub refugee camp, north of Hebron, in the southern part of the occupied West Bank.

Also on June 1, a Palestinian resistance fighter, Yasser Atiya al-Masri, 41, died of wounds he sustained when he was hit by shrapnel from an Israeli missile during the Israeli offensive on the Gaza Strip in May of 2021.