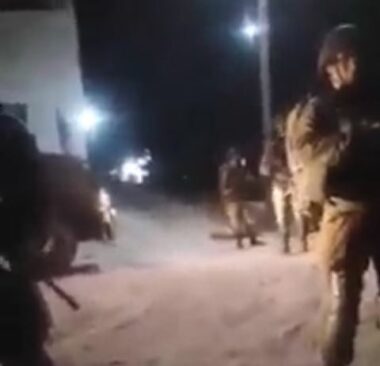 On Monday, an Israeli military court denied an appeal filed by a family of a slain Palestinian man against demolishing their home in Hebron city, in the southern part of the occupied West Bank.

The family of Mohammad Al-Ja’bari, 35, hired a lawyer to file a petition against a military order for demolishing their five-story home, but the court denied their appeal and granted the army a green light for the demolition.

The home provides shelter for Mohammad’s parents, his brothers, and their families, who will all be rendered homeless.

Mohammad Kamel Al-Ja’bari was killed on October 29, 2022, in a shooting attack that also resulted in the death of an Israeli colonizer, Ronen Hananya, 50, near the Kiryat Arba illegal colony in Hebron city.

The Palestinian Red Crescent Society (PRCS) said its medics rushed to the area to provide essential aid to Mohammad, but the soldiers fired many live rounds at their ambulance, wounding a medic, Ahmad Abu Khaled, who was shot with a live round in the shoulder, and causing damage to the ambulance.

This policy is internationally prohibited; according to Article 33 of the Fourth Geneva Convention, which states: “No protected person may be punished for an offense he or she has not personally committed. Collective penalties and, likewise, all measures of intimidation or of terrorism are prohibited. Pillage is prohibited. Reprisals against protected persons and their property are prohibited.”