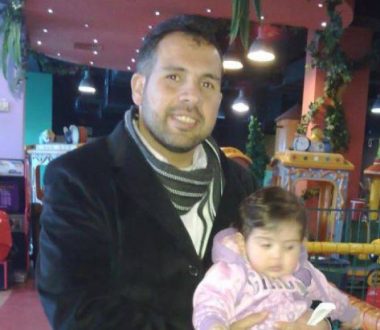 Abdul-Nasser Nubani, a lawyer with the Palestinian Prisoners’ Society (PPS) has reported that the Israeli “Ofer” military court, near Ramallah in central West Bank, has extended the remand of a Palestinian journalist, and released four others.

The journalist, Ala’ Rimawi, 40, was ordered under further interrogation until his court hearing, next Wednesday.

Rimawi was supposed to be released on a 5000 Israeli shekels bail, but the military prosecutor filed an appeal against his release.

The PPS said Israel released for other journalists, identified as Mohammad Sami Alwan, Qoteiba Hamdan, Hosni Anjass and Ibrahim Rantisi, after ordering each of them to pay a 5000 shekels bail.

They were among eight Palestinian journalists, who were taken prison by the soldiers in July and this month.

It is worth mentioning that Ala Rimawi has launched a hunger strike on the first day of his imprisonment on July 30th, 2018.

He was abducted along with three other journalists, identified as Hosni Anjass, Mohammad Alwan and Qoteiba Hamdan.