Why Does Israel Keep Destroying Cultural Heritage Sites in Gaza? 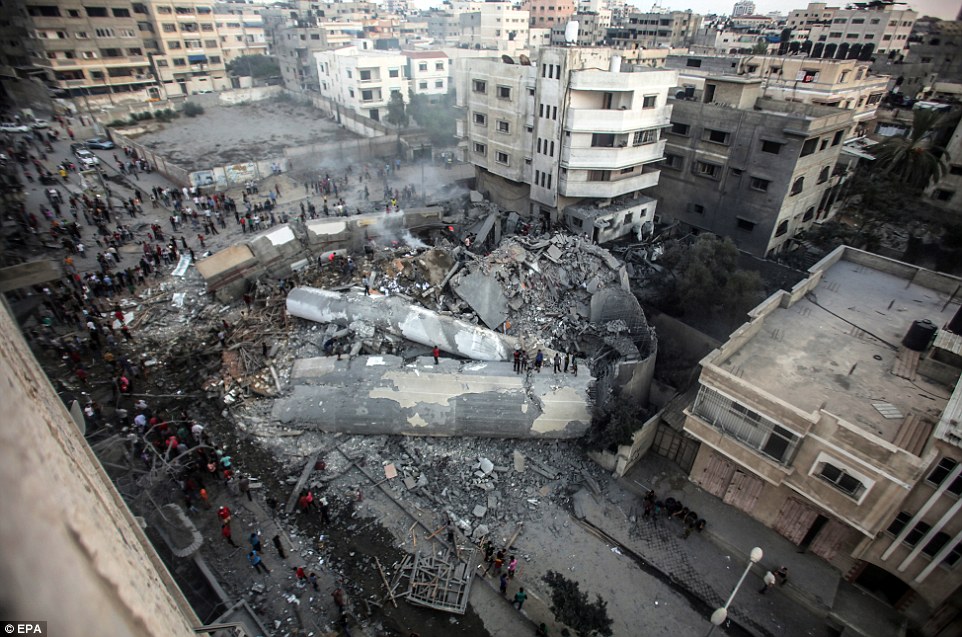 On Thursday August 9th, the Israeli airforce dropped ten missiles on a building in Gaza City, turning the five-story building into rubble. Was this a Hamas training center, or somehow associated with the Palestinian armed resistance? No. Like the building targeted by Israeli forces two weeks earlier, when two teen boys were killed taking a selfie, this was a cultural center aimed at preserving the history and culture of the Palestinian people of Gaza.

The Said Al-Mashal Foundation for Arts and Culture was a place where cultural heritage was preserved and maintained. The Palestinian traditional dance known as dabke was taught and practiced there, poets would gather to share their latest works, and musicians would come together for jam sessions and performances.

Two weeks earlier, the Israeli airforce dropped another bomb on the Arts and Crafts Museum in Gaza City.

Why is Israel so focused on destroying Palestinian cultural artifacts, museums, arts and crafts? Is it because resistance fighters are hidden inside these centers? That is a laughable claim that is easily disproved by looking at the evidence – no fighters, weapons or rockets in the rubble that remains of what had been beautiful and well-loved cultural centers.

Nor is it true that these centers were somehow ‘collateral damage’, and the bombs were targeting some other, nearby place. No, Israeli forces directly targeted these centers – and in fact, after the fact, declared the strikes a ‘success’ and claimed that they hit their targets directly.

No, the reality is that the centers that preserve the Palestinian people’s identity, culture and history are somehow seen as a threat to Israel, and Israeli authorities have implemented a policy that such centers must be destroyed.

Video showing the destruction of the Said al-Mashal Center:

The Middle East Eye interviewed some of the artists involved with the center.

Edrees Taleb, 27, one of the centre’s well-known theatre directors, was quoted in the paper as saying, “You know what it means to have been working in a place for more than eight years, so you know every tile like the back of your hand and suddenly, in the blink of an eye, everything is gone? For the past couple of months, we have been preparing for a new play entitled ‘Anesthesia Syringe’, to be played during the Eid al-Adha break, and we had installed the decoration a few hours before the building was targeted.”

Taleb could not believe that the building was razed until he went to see it for himself.

“We spent the whole day on Thursday preparing for Saturday’s rehearsal. The decoration cost us a lot, but we hoped it would pay back,” he said.

“We finished the preparations at about 3:30pm, and I went home to have some rest. When I came back at around 6pm, the building was gone. I am shocked and suffocated.”

A young artist identified as Taleb told the paper that he has been attending events at the center for eight years, since he was 18. He said, “Israel says its forces targeted the building because part of it was used by Hamas. But I have been there for more than eight years, there has never been anything related to any political party. Not in the past, and not recently.”

Hanin al-Holy, 23, stated,  “Al-Meshal centre was a symbol of culture, something that reinforced our Palestinian identity. They targeted it because art is, too, a form of resistance.”