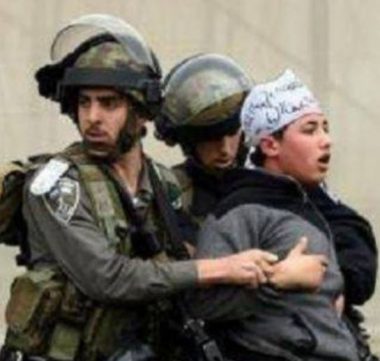 An Israeli court in occupied Jerusalem ordered, Sunday, the release of a Palestinian child, after issuing a ruling forcing him under house arrest for five days, and a 500 Israeli shekels bail.

The child, identified as Sa’adi Syouri, 13 years of age, was taken prisoner by the soldiers, and was interrogated for several hours, after they accused him of throwing stones them.

Hours after interrogating the child, a court issued an order, releasing him under a 500 Shekels bail, and forcing him under house arrest for five days.