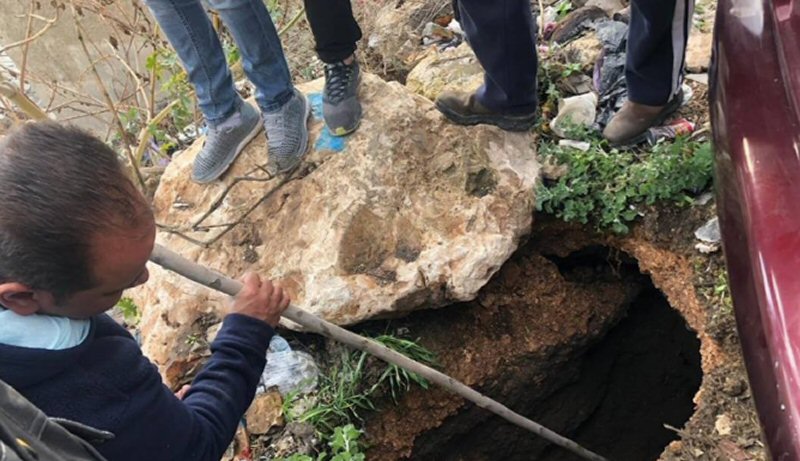 Palestinians in Silwan examine new holes in the landscape next to the City of David, December 8, 2018. Photo credit: Wadi Hilweh Information Center.

Palestinians discover damage to a parking lot next to the settlement-cum-archeological site City of David.

Israeli archeological excavations have led to gaping cracks in a parking lot owned by the Greek Orthodox Church in Silwan, reports the Wadi Hilweh Information Center. Locals specify that two large cracks between four and six meters deep surfaced in the parking lot on December 8 and 9, 2018.

The parking lot abuts the City of David, an archeological site run by the Israel Nature and Parks Authority and settler organization Elad. According to the Wadi Hilweh Information Center, Elad aspires to seize the damaged parting lot and set up a guard post on it.

Elad effectively functions as an arm of the Israeli government and the government permits the organization to conceal the names of its major donors. Israeli settlement watch group Peace Now reports that in the last two years, Elad has stolen ten Palestinian properties in Silwan, including three apartments in April 2018.