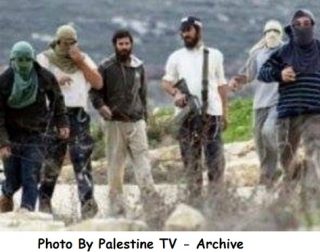 A Palestinian worker was injured, Friday, after two extremist Israeli colonists attacked him in a car repair and a carwash garage, in the al-Khader town, south of Bethlehem.

Coordinator of the Popular Committee against the Wall and Colonies in al-Khader Ahmad Salah said two colonists, from Efrat nearby illegal colony, came to the workshop for some repairs for their car, and to wash it.

Salah added that the colonists assaulted the worker after he finished the work, and asked to be paid.

The Israeli assailants snuck behind him in a surprise attack, causing various cuts and bruises, especially since they used an electric military-grade baton, and a knife.

The attack took place in Um Roka area, south of the town; after the assault, several workers rushed to rescue their colleague, and the Israeli assailants fled the scene.

The wounded Palestinian worker, identified as Yahya Mousa, 30, was moved to the al-Yamama nearby hospital for treatment.