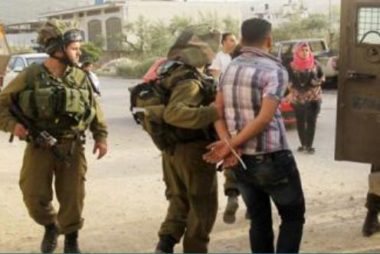 The sources said that the soldiers took Alsaleeby to the nearby Israeli colonial settlement of Karmy Tsour, south of Beit Ummar, at the time of this report.

Alsaleeby was released from an Israeli prison six months ago, after having served five years of imprisonment.