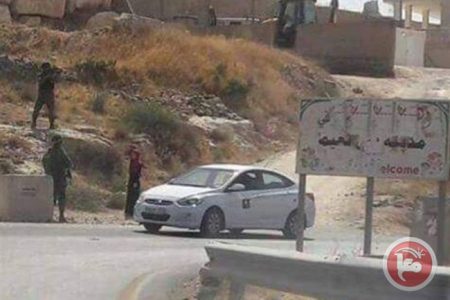 Israeli forces kidnapped a Palestinian, who locals identified as “a girl,” at the entrance to the village of Bani Naim, in the southern occupied West Bank district of Hebron, on Saturday morning.

Locals identified the girl as Safaa Abdullah Manasra, but did not specify how old she was.

The girl was inside a vehicle with her mother leaving Bani Naim when Israeli forces deployed at the entrance of the town stopped the vehicle and made Manasra step outside after checking the ID cards of the passengers.

She was detained and taken to an unknown location, locals said, adding that Israeli soldiers refused to allow Mansara’s mother to escort her.

An Israeli army spokesperson told Ma’an News Agency that they were looking into reports.