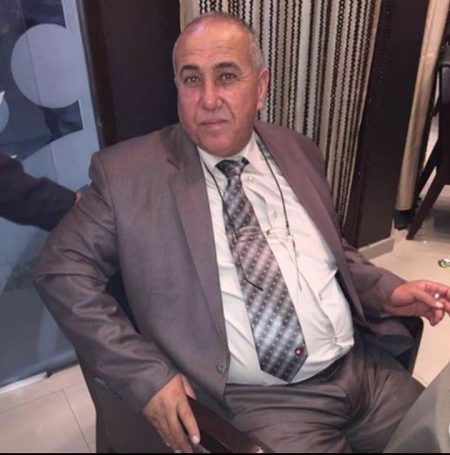 Israeli occupation forces have seized Hamdan Temraz, 61, the deputy director of the United Nations’ Department of Safety and Security in Gaza. Temraz was seized by occupation forces as he attempted to cross via the Beit Hanoun/Erez crossing – where he had a permit – on 12 July.

Journalist Richard Silverstein reported that the arrest of Temraz is being held under gag order in Israeli media, while a number of Palestinian media outlets have reported on the seizure of Temraz.

Al-Mezan Center for Human Rights and other Palestinian human rights organizations in Gaza denounced the arrest, noting that Temraz was traveling to Jerusalem for his work with the United Nations. They further noted that eight people working for international human rights organizations in Gaza have been seized since 2014, usually at Erez/Beit Hanoun while crossing under previously issued permits.

The seizure of Temraz follows two other high-profile cases heavily promoted by the Israeli occupation centering on dubious charges. Two of the more prominent cases in question were those of Waheed Borsh of the UN Development Program and Mohammed el-Halabi of World Vision.

In the Halabi case, which continues in Israeli courts,  the Australian Department of Foreign Affairs and Trade reported in March that “an internal review into World Vision funding in Gaza has uncovered nothing to suggest any diversion of government aid funding to Hamas.”

Al-Halabi was seized by Israeli occupation forces at the Beit Hanoun/Erez crossing and in August 2006, Israeli officials, including Prime Minister Benjamin Netanyahu, went on a propaganda offensive, claiming that Halabi had redirected World Vision funds to the Palestinian resistance organization, Hamas. Israeli occupation officials declared that he had diverted $43 million in charitable funds to the Palestinian resistance, including a video from Prime Minister Benjamin Netanyahu accusing Palestinians of not caring about their people.  The amounts cited dwarfed the actual budget to which al-Halabi had access, by all accounts.  These seemingly impossible claims were made after nearly a month of interrogation, during which Halabi was subjected to torture and inhumane treatment.

The claims against Halabi were accompanied by similarly touted claims against civil engineer Waheed Bursh, a contractor with the UN Development Program, also accused of redirecting resources to the Palestinian resistance – in his case, rubble from the Israeli bombing of Gaza. However, despite the large-scale publicity surrounding Borsh’s arrest, he was released seven months later following a plea bargain, indicating that no serious charges were ever made. He was cited as a “witness” againat al-Halabi, and later confirmed that he completely denied any allegations against the aid worker.

Rather than presenting any evidence to back up the widely-publicized public claims against World Vision and Halabi, Israeli occupation officials have instead submitted additional, lesser charges against Halabi that have no relation to diverting funds or his work with World Vision, including making personal small donations of less than $100 USD to a mosque and “aiding and abetting the enemy,” with the “enemy” here being Palestinians in Gaza; Halabi is, of course, a Palestinian from Gaza.

The roots of the seizure of Temraz, the prosecution of Halabi and Bursh, the shuttering of World Vision’s programs and the threat of further raids and prosecutions against Palestinian staff of international organizations can also be found in the use of “foreign terrorist lists” by international states and bodies to criminalize Palestinian political life and resistance.

While the United States, European Union, Canada, UK, Australia and other states are clearly not opponents of either state-sponsored or non-state violence when carried out by allies and agents, and while Palestinians are internationally recognized as an occupied people with rights to sovereignty and self-determination, Palestinian resistance organizations are routinely labeled as “terrorist.” The use of the terror label is then used to justify a wholesale war against Palestinian existence and even international organizations by a colonial occupying power. The use of the “terror” label is also used to justify the ongoing siege on Gaza for over ten years, growing and intensifying as electricity is now denied to Palestinians in Gaza for 23 out of 24 hours in every day.

Samidoun Palestinian Prisoner Solidarity Network urges action and solidarity against the growing attacks on Palestinian workers with international organizations at the hands of Israeli occupation forces, as part and parcel of the besieging of Gaza and the Palestinian people. Samidoun stands in solidarity with the people of Gaza and all Palestinians struggling to break the siege and achieve liberation and return throughout Palestine.