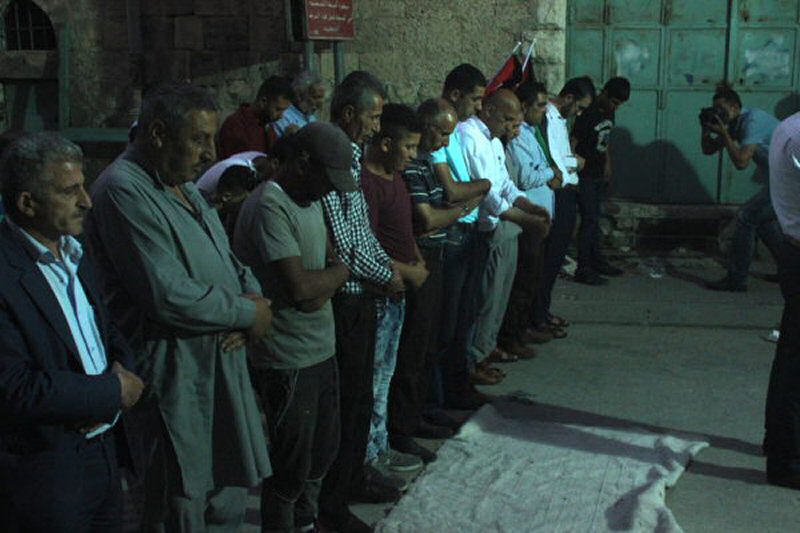 Israeli forces on Thursday night, 27th July, attacked a peaceful demonstration which was taking place outside Shuhada checkpoint, which leads to Shuhada street in occupied al-Khalil (Hebron) . The demonstration was intended to protest the continued presence of heightened security measures at Jerusalem’s al-Aqsa mosque.

The demonstrators, who numbered about 30, conducted the late afternoon prayers and some chants.

After half an hour, a young boy began placing flags in the checkpoint fence as several soldiers watched from behind the gate. 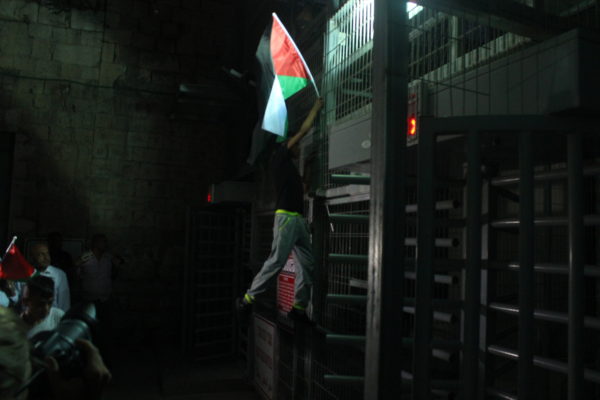 Shortly after, without any warning, around 40 heavily-armed soldiers stormed out of the checkpoint, shouting and throwing sound grenades.

The demonstrators scattered in order to avoid being hit by the stun grenades. Soldiers spent about 20 minutes patrolling the nearby area, which is supposedly under full Palestinian control, before heading back through the checkpoint. 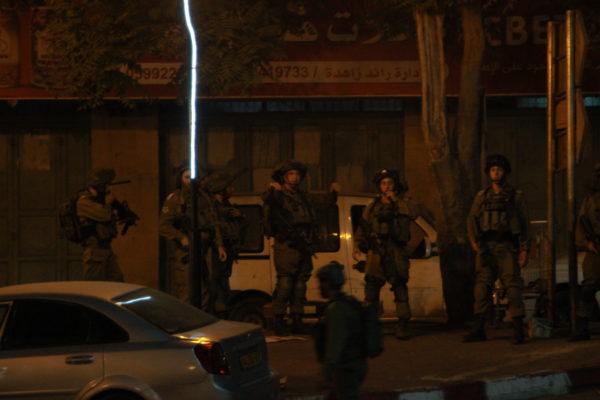 Soldiers refused to comment about the reasons for the attack. There were no arrests or injuries.