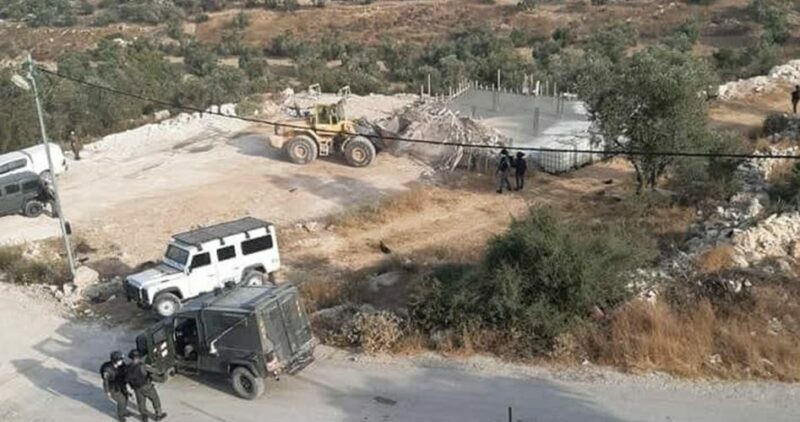 He confirmed that Israeli soldiers invaded the town, and demolished the foundation of the 150 square meter house belonging to Mu‘ath Swaiti, allegedly for building without an Israeli issued permit.

Swaiti told WAFA that once he received the military order to stop-construction, he and his family appealed to overturn the demolition order.

The family was stunned to see the occupation forces destroying the foundation, given the fact that there had been no court ruling.

In the northern West Bank Jordan Valley area, on Wednesday, Israeli soldiers, seized 3 Palestinian-owned tractors from 3 different villages in the Jordan Valley, according to a local activist.