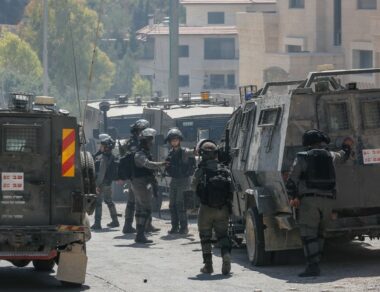 Israeli media stated that the unidentified 43-year-old resident of Al-Jadira, northwest of Jerusalem, was allegedly in possession of a knife as he approached the roadblock in his vehicle.

Soldiers stopped the vehicle, aimed their weapons at the man and threatened to shoot, until he allegedly threw a knife down, he was then taken to an Israeli interrogation center for questioning.