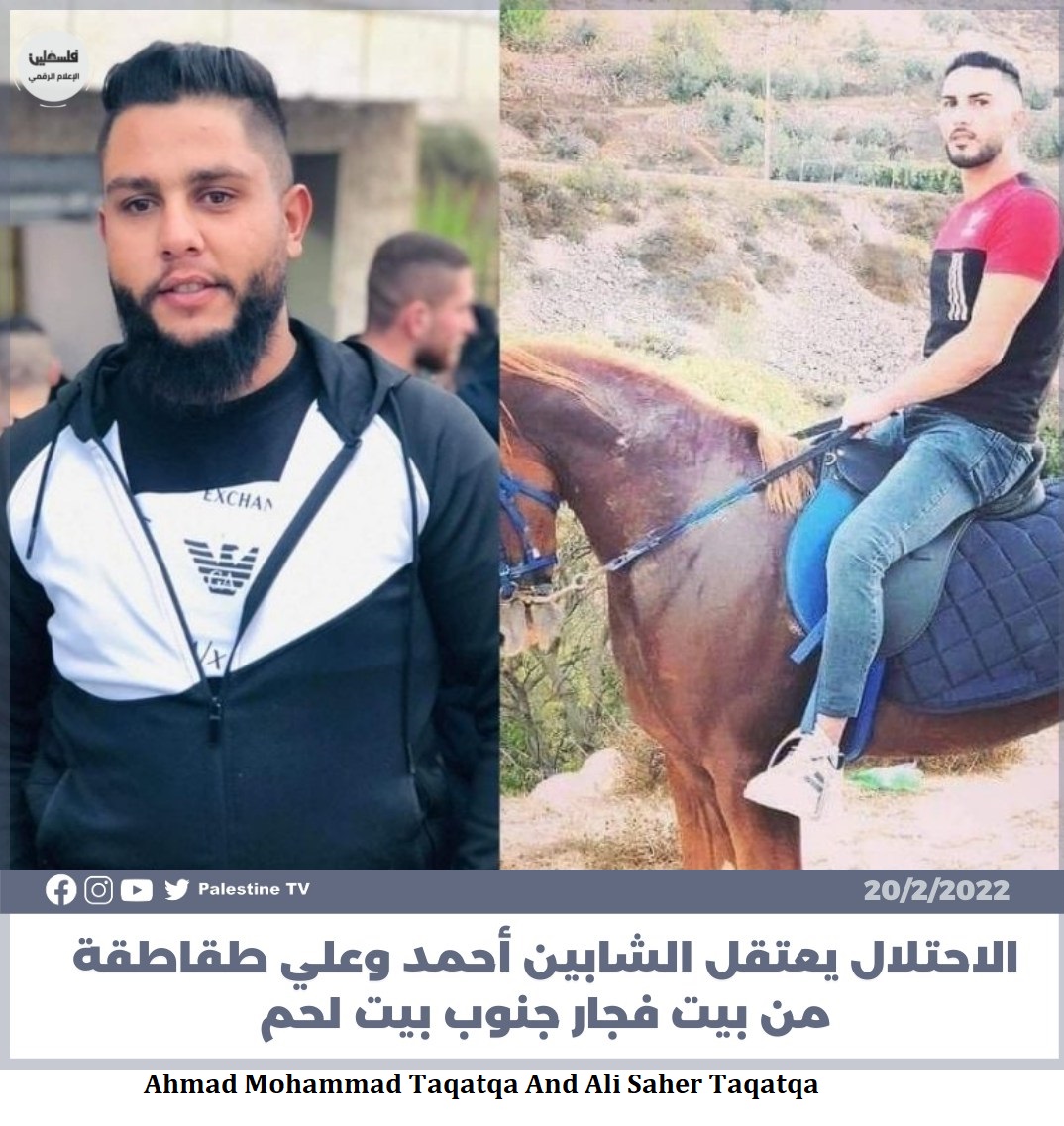 Meanwhile, soldiers invaded the al-Fawwar refugee camp, south of Hebron in the southern part of the West Bank, searched many homes, and abducted Ahmad Fayeq Nassar, 27. The soldiers also invaded and ransacked the homes of Saleh Shahrour and his brother Fahed in Tarqmounia town, west of Hebron, in the southern West Bank, without making arrests.

Israeli police detained, on Sunday morning, three Palestinian young men who were hiking in the northern Jordan Valley, according to a local activist.

On Saturday evening, the soldiers closed the Dotan military roadblock, southwest of the northern West Bank city of Jenin, before stopping and searching dozens of Palestinian cars and interrogating many residents while inspecting their ID cars. At the same time, dozens of soldiers were also deployed in the surrounding areas.