Israeli Forces Detain Several Palestinians, Including a Teen in the West Bank 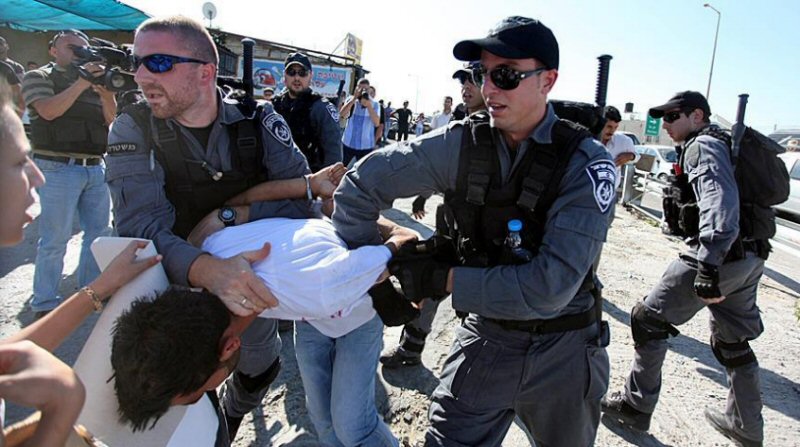 A young Palestinian resident of Dura town, in Hebron, identified as Khalil Assous, was also taken into custody by Israeli soldiers, as he was on his way to his workplace in Israel, he was transferred to Ofer prison.

Two young men were detained during Israeli army campaigns, namely Saleh al-Rifa’ei, 17, from Kafr Ein village southwest of Ramallah, in the central West Bank, and one in the northern Qalqilia district.

In occupied Jerusalem, Israeli police forces detained a young man from at-Tur neighborhood in the east of the Old City and an elderly man named Abdul-Rahim Barbar from his home in Silwan district.

Local sources said that Israeli soldiers detained a 21 year old Palestinian man from his home in Shuweika suburb in Tulkarem city, in the northern West Bank.

Two more young men, identified as Ali Hafiz and Nasrallah al-Shalabi, were detained from their homes in Attil town, north of Tulkarem.

One additional Palestinian young man was taken into custody by the army at the main entrance to Marda town, in Salfit, also in the northern West Bank.