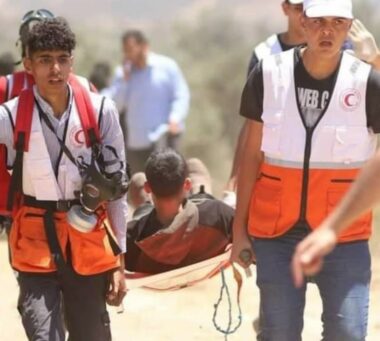 It added that the occupation army attacked the non-violent protestors who gathered in the village to protest the expropriation and illegal colonization of Palestinian lands by Israeli settlers.

Ahmed Jibril, the head of the emergency and ambulance of the Palestinian Red Crescent Society in Nablus, stated that soldiers assaulted four journalists, and another required hospitalization from injuries sustained at the protest.

The Palestinian News & Information Agency (WAFA) reported that one demonstrator was shot with a live round in the foot, while 3 more were injured with rubber coated steel rounds.