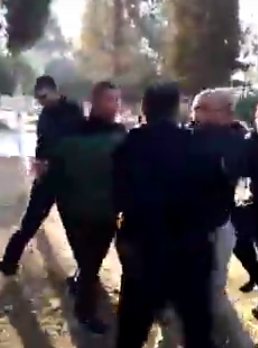 In the latest in a series of recent provocations against the al-Aqsa Mosque in Jerusalem, Israeli forces on Tuesday morning invaded the Mosque compound and assaulted Palestinian guards.

Local sources reported that the troops invaded one of the mosques located inside the al-Aqsa compound, known as the Bab Al-Rahma mosque.

Eyewitnesses told reporters with the Ma’an News Agency that the troops assaulted one of the guards, named Ehab Abu Ghazala. The soldiers maltreated him, abducted him and took him for interrogation.

This invasion follows a recent spate of invasions of the mosque by Israeli soldiers and settlers.