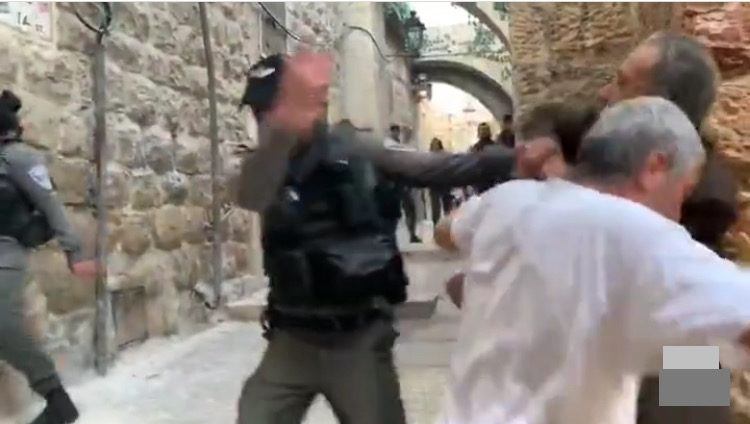 Eyewitnesses reported police shooting into the air, some reported heavy shooting, in addition to pepper spraying people. The police were said to have chased a youth alleged to have attempted to stab police in Bab Hutta area of the Old City.

Israeli police were deployed throughout the Old City, and closed the Damascus Gate and Herod’s Gate.

Later reports said police apprehended a young Palestinian at Herod’s Gate, after shooting him in the arm. The young man was seen being taken away in an Israeli ambulance with police following it.

The identities of the injured Palestinian, or the other two detainees were unknown at the time of reporting.

Israeli police are shown in the video yelling and pushing elderly Palestinian men in the streets of the Old City of occupied Jerusalem.