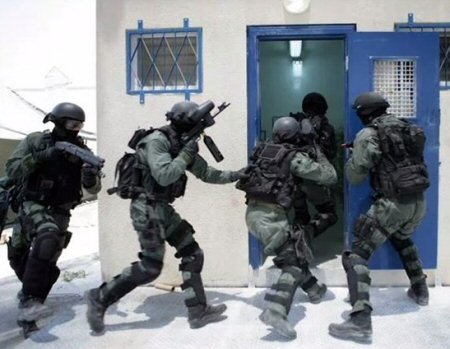 The Palestinian Prisoners and Former Prisoners Affairs’ Committee said, on Wednesday, that a large number of suppression forces of the Israeli Prison Services (IPS), stormed section 3 of the Israeli Ashkelon prison, in central Israel.

The committee confirmed that Israeli suppression forces have recently increased raids into Israeli prisons, in which they assault Palestinian prisoners, search through their personal belongings and confiscate or damage belongings.

There are currently 50 Palestinian prisoners held in Ashkelon prison, according to Ma’an.

A small fraction of Palestinians detained by Israel are held inside the occupied West Bank territory, while the vast majority are transferred to prisons inside Israel, limiting their access to their families, legal support, and communities, and also stripping detainees of their basic rights under the Fourth Geneva Convention.