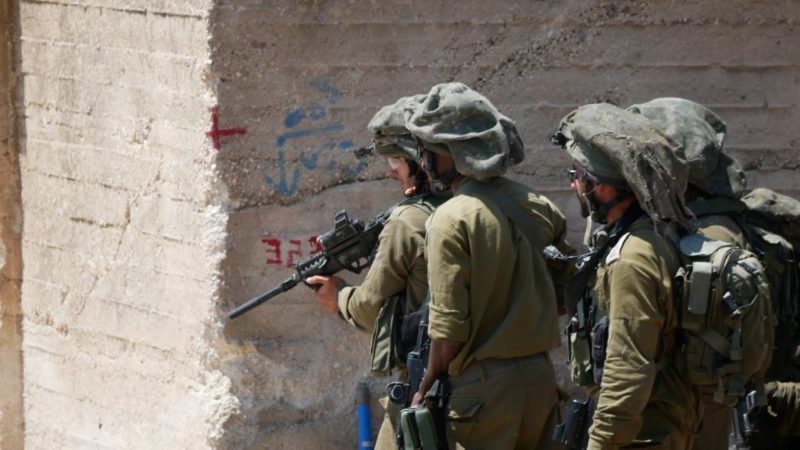 A Palestinian was shot and injured, on Sunday evening, in the town of Beit Ummar, in the southern occupied West Bank district of Hebron, the Palestinian News and Info Agency (WAFA) reported.

It was noted that the soldiers used a silencer on the weapon that shot the young man.

The young man was hit in the thigh, and transferred to hospital for treatment. His condition was not available at the time of reporting.

The settlement of Karmi Tzur, like all Israeli settlements, was built on Palestinian land, in violation of the Fourth Geneva Convention.

According to B’Tselem 622,000 illegal settlers live in settlements across the occupied West Bank.