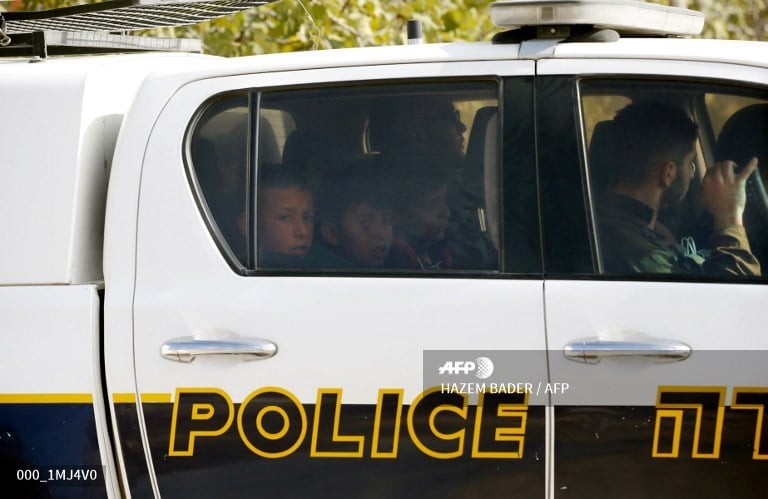 Three Palestinian children were arrested by Israeli soldiers, on Sunday, while they were leaving school in Beit Ummar in northern Hebron, Quds News Network (QNN) reported.

Israeli forces arrested the minors, in the southern occupied West Bank city of Hebron after they left school, taking them to a police station in the illegal settlement of Kiryat Arba.

According to Prisoner Support and Human Rights Association (Addameer), there are 190 children under the age of 18 imprisoned in Israeli jails.