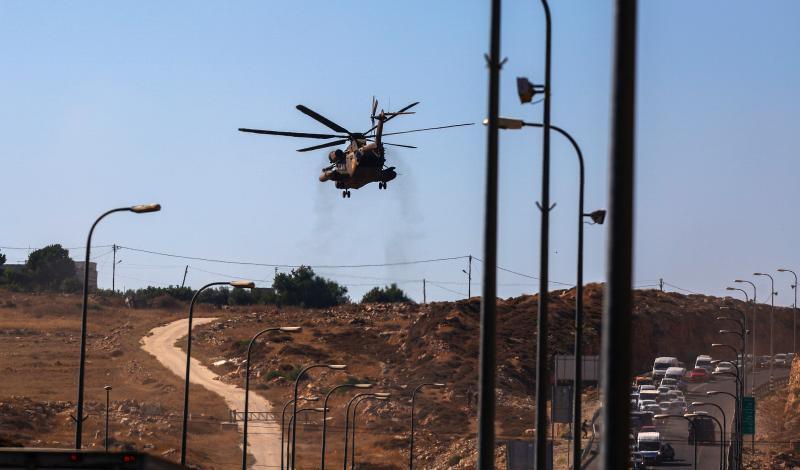 Israeli authorities locked down the West Bank and Gaza, home to over 5 million Palestinians, in preparation for the national celebration of the Jewish New Year, Rosh Hashanah, which begins at sundown on Sunday. In addition, the Israeli government approved plans for nearly one hundred more settlement units to be constructed in violation of international law in the Israeli-occupied West Bank, on illegally-seized Palestinian land.

The lockdown began at 12:01 am Sunday morning, and will continue until 11:59 pm on Tuesday night. Israeli authorities cited ‘security concerns’ as the reason for the closure.

Rosh Hashanah is the Jewish celebration of the New Year, according to the Hebrew calendar, and is a two-day celebration in which celebrants pray for a new year of peace and prosperity. The celebration involves blowing a ram’s horn and lighting candles.

During the lockdown, Palestinians are prevented by the Israeli military from traveling. They are also prevented from working or attending school, if their work or school is on the other side of an Israeli checkpoint.

Only ’emergency’ cases will be allowed to cross the border – but those ’emergencies’ will have to have been cleared and approved by Israeli authorities in advance of the lockdown, according to the Coordinator of Government Activities in the Territories.

Shiloh is locate in the northern West Bank, north of the Palestinian city of Nablus. According to a report in the Telegraph newspaper, “Shiloh was founded in the early 1970s when the settlers wanted to spread northwards. Several attempts to settle around the Palestinian city of Nablus had been foiled by the army and a more sophisticated approach was required. It came in the form of Ira Rappaport, an extremist even by the standards of the early settlers. After gaining permission from the government to set up an archaeological dig in Shiloh, he quietly started building a settlement.

“Rappaport was a key member of a terrorist group called the Jewish Underground. In 1985, he was found guilty of planting a car bomb in Nablus that blew the legs off two Palestinian officials, Bassam Shakaa and Karim Khalaf. In a ruling that outraged many in Israel, the judge found him not guilty of attempted murder and convicted him on the charge of causing grievous bodily harm. He was sentenced to less than a year in prison and on his release was appointed leader of the Shiloh community.”

The new settlement units will be used to house Israeli colonizers who constructed an illegal colonial outpost called ‘Amona’, which was ruled illegal under Israeli law.

All Israeli settlements are considered to be a violation of international law, the Fourth Geneva Convention on the role of occupying nations, and agreements signed between the Israeli government and the Palestinian Authority.

Since 1993, when the Oslo peace agreement was signed, Israel has transferred over 600,000 Israeli citizens into colonial settlements, constructed on Palestinian land that was seized by the Israeli military and then transferred to paramilitary settlement groups with the express purpose of expanding the Israeli state further onto Palestinian territory.