Israeli High Court Rules Against Palestinian Families; Will Allow Their Homes to be Demolished 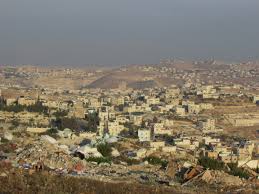 Sixteen apartment buildings, home to more than 100 Palestinian families, will have their homes destroyed by Israeli authorities in Jerusalem after a ruling Sunday by the Israeli Supreme Court allowing the demolition.

The Israeli Annexation Wall, as it is known to Palestinians, illegally confiscates hundreds of acres of Palestinian land and annexes it into Israel, in direct violation of international law and signed conventions.

According to the Palestinian Wafa News Agency, the Israeli Supreme Court dismissed the appeal which was filed by Palestinian residents against the demolition of 16 apartment buildings in Wadi al-Hummus area of Sur Baher neighborhood, southeast of occupied Jerusalem.

Wafa reporters said that Hamada Hamada, the head of Wadi al-Hummus Committee, told them that the buildings slated for demolition are located in areas classified as (a), under the full control of the Palestinian Authority, where building permits are obtained from the Palestinian Ministry of Local Government.