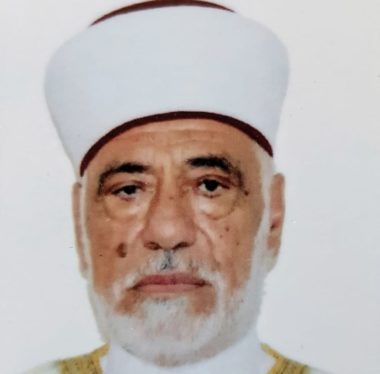 Update: Sheikh Dr. Ismael Nawahda was released after several hours of interrogation, and was slapped with an order preventing him from entering the Al-Aqsa Mosque compound for eleven days.

Israeli intelligence officers abducted, Wednesday, the Khatib of the Al-Aqsa Mosque in occupied Jerusalem, Sheikh Ismael Nawahda, while he was crossing Qalandia Terminal, north of the city.

Khaldoun Najm, the lawyer of Nawahda, said the soldiers took him to the al-Maskobiyya detention and interrogation facility in Jerusalem.

He added that Israel is claiming that Sheikh Nawahda “is inciting against it during the sermons on Fridays.”

On Wednesday at dawn, the soldiers abducted at least twenty-one Palestinians from their homes, in several parts of the West Bank, including Jerusalem, and injured one.