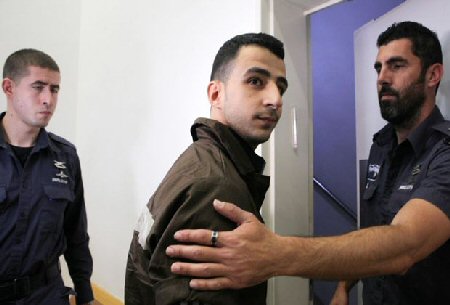 An Israel judge ripped into the Shin Bet, an Israeli intelligence service, for its interrogation tactics, saying they could lead people to confess crimes they did not commit.

The panel of Be’er Sheva District Court judges has issued the opinion blasting the security service as part of a ruling explaining their acquittal last month of Khalil Nimri, a Palestinian accused of terrorism.

Israeli newspaper Haaretz said, according to Days of Palestine that the court found that Nimri, who had been charged with planning an attack on Eilat hotel, had confessed under interrogation to acts that it was doubtful that he committed.

“The Shin Bet needs to take a good look at itself so that interrogation techniques, which do indeed sometimes uncover dangerous acts of terrorism, aren’t also liable to induce innocent people to admit to acts that they did not commit,” the judges declared.

“There is tangible concern that the defendant was arrested and spent two years in detention over no fault of his own,” they added.

Nimri was arrested about two years ago, after a reception clerk at an Eilat hotel claimed that he had approached the reception desk and asked questions that aroused the clerk’s suspicions. The questions related to ultra-Orthodox hotel guests, the clerk said, according to Haaretz.

However, several days later the clerk encountered another Palestinian, Ashraf Salaimeh, and realised that it was he and not Nimri who had approached the reception desk. The clerk then informed the police of his mistake.

Salaimeh was arrested, but Nimri had already admitted under Shin Bet interrogation to having planned a terrorist attack on the hotel.

Salaimeh and Nimri, who worked and lived in Eilat, were charged with conspiracy and assisting the enemy in wartime. They were accused of planning to plant explosives at Eilat’s Rio Hotel a plan that, according to the indictment, was foiled thanks to the hotel staff’s alertness.

Israeli Yedioth Ahronoth also reported that the judges found that, while under interrogation, Nimri had believed that the Shin Bet was threatening his family and would prolong his interrogation until he confessed.

The judges found, according to Yedioth Ahronoth, that the interrogator “told the defendant [Nimri] that he needed to lie to satisfy the Shin Bet.”

Criminal proceedings against Salaimeh are continuing. He has also confessed but has also retracted his confession several times. This proves that his confessions were made under pressure and for sure they could be false.