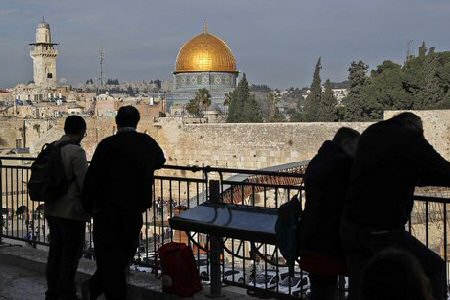 Qatar called on all countries to suspend diplomatic delegations to occupied Jerusalem, and adhere to  UN Security Council decisions.

The statement was issued Wednesday during the meeting of ministers council held at the Emiri Diwan in Doha, chaired by Abdullah bin Nasser bin Khalifa Al Thani.

The Minister of Justice, Acting Minister of State for Cabinet Affairs Hassan bin Lahdan al-Mohannadi, said, after the meeting, that the council “welcomed the decision of the United Nations General Assembly issued on December 21, which affirmed the invalidity of any decisions and measures aimed at changing the character of Jerusalem.”

According to Al Ray, the Qatari council called on all countries to refrain from sending diplomatic missions to occupied Jerusalem, comply with Security Council resolutions concerning the city, and to refrain from recognizing any measures  contrary to these resolutions.

Qatar expressed its hope that the international community would translate this resolution into practical steps to achieve a just, lasting and comprehensive peace on the basis of the resolutions of international legitimacy and the Arab peace initiative, leading to the establishment of an independent Palestinian state with Jerusalem as its capital.

On December 6, US President Donald Trump announced occupied Jerusalem as the capital of Israel and that he will transfer his country’s embassy to it, sparking anger around the world.

Up to  initiative of Turkey and Yemen,  the United Nations General Assembly passed,  last Thursday, a resolution that considered the question of Jerusalem in the final status issue, in accordance with the relevant Security Council resolutions.

The UN resolution also requires all states to refrain from establishing diplomatic missions in Jerusalem pursuant to Security Council Resolution 478 of 1980.