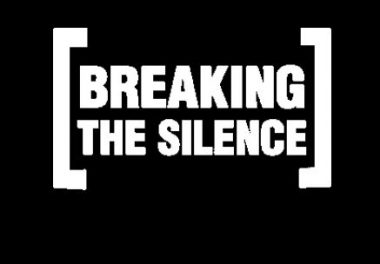 The Israeli Knesset approved, on Monday night, the “Breaking The Silence” bill, granting the Minister of Education the power to prevent peace activists from the organization “Breaking the Silence” from entering schools, or to talking to students about their organization.

The approved bill passed with 43 Knesset members voting in favor, while 24 opposed it; in the wording of the bill, it describes Breaking the Silence members, former Israeli soldiers who decided to speak out against the ongoing military violations against the Palestinian people, as “external elements that act against the Israeli military, and the educational system.”

The Maan News Agency quoted Breaking The Silence as stating that Israel is now taking action to silence the activists, after using other means to try to stop them from speaking out against the Israeli occupation and its illegal practices.

The new Israeli law, although naming Breaking The Silence, is also meant to prevent any organization or group that opposes the Israeli military occupation of Palestine from entering schools and talking to the students.

In their statement in response to the new law, Breaking the Silence stated that the passage of the bill shows that Education Minister Naftali Bennet, “is so terrified by Breaking the Silence, that he would go so far as to pass a law meant simply to silence us.”

The group said that Bennet wants to present only his agenda to students in Israel. Bennet’s curricula include justification for the killing of Palestinian children, while at the same time refusing any eviction of colonialist Israeli settlers from the occupied West Bank.

It is worth mentioning that Bennet commented in the vote stating that “the reality in which organizations could harm Israel’s legitimacy, and the reputation of its soldiers in front of school students, has come to an end.”

He added that, as long as, “Breaking the Silence remain active against the state of Israel and its army, in the country or abroad, but I will not allow them to be active in our educational system; if they want to be active in their homes, so be it, but not in our schools, where we shape the future generation, such voices will not be allowed.”

Breaking the Silence is a group made up of former Israeli soldiers who served in the Occupied Palestinian Territories of the West Bank and Gaza, but felt remorse for their actions and the atrocities they witnessed or participated in.

These former soldiers share their personal accounts of what they experienced, including stories of being ordered to brutalize children, terrorize families, and shoot unarmed civilians. The main purpose of the group is to share the accounts of these soldiers to show the reality of the Israeli military occupation of Palestinian land to an Israeli public that has hidden this reality behind a Wall.