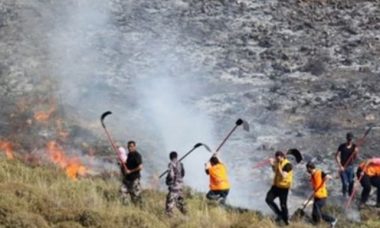 Head of Sebastia village council, Mohammad ‘Azem, said an Israeli military force stormed the town amid the heavy firing of live ammunition and tear gas canisters toward the village locals and their homes, causing a nearby land planted with trees and crops to catch fire.

No injuries or arrests were reported, according to WAFA.

The official also said that the soldiers invaded the area to remove a Palestinian flag which was raised in the archaeological area and withdrew after taking it down.