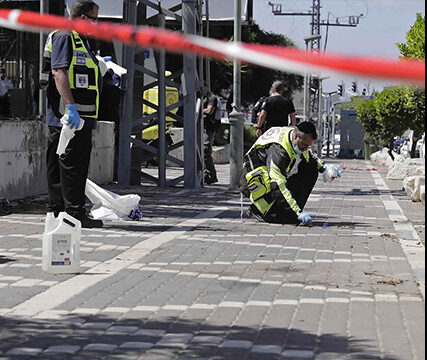 An Israeli man, on Wednesday, was reportedly stabbed by a Palestinian worker in Petah Tikva, central Israel, Haaretz reported.

The man, Shai Ohayon, 39, a father of four who was unconscious when first responders reached him, was transferred to hospital, where he was pronounced dead.

The suspect, a Palestinian man from the West Bank, who holds a valid Israeli work permit, was chased by witnesses, and then arrested by the Israeli Police, who suspected a political motive for the attack.

Israeli Prime Minister, Benjamin Netanyahu announced to the nation that his government, “will work to demolish the terrorist’s house and carry out the most severe punishment.”

Magen David Adom teams reported that Shai sustained multiple stab wounds to his upper body before Israeli medics provided him with the needed treatment and rushed him to Rabin Medical Center, where he was pronounced dead.