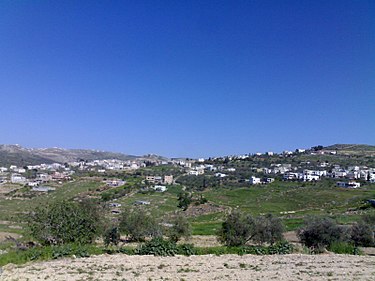 In the village of Tell, in the northern West Bank district of Nablus on Thursday, Israeli troops invaded and began to open fire on students as they left school after classes let out.

The invasion of the village came in conjunction with an attack by Israeli paramilitary colonial settler forces on the Nablus-Qalqilia road near the village. The paramilitary forces came from the nearby illegal Israeli colony of Yitzhar, constructed on stolen Palestinian land.

Some of the students from the school responded to the tear gas and the military invasion by picking up stones and throwing them toward the armored vehicles of the heavily armed soldiers. At this point, the soldiers began firing live ammunition toward the students.

In a report this past year, the Times of Israel noted that the Yitzhar settlement, constructed on Palestinian land near the village of Tell, has become one of the main hubs of right-wing Jewish extremist groups such as the so-called “hilltop youth” paramilitary organization, saying, “the young ideologues have established several makeshift neighborhoods on hilltops beyond the borders of the northern West Bank town…..in addition to the rogue settlers, students from Yitzhar’s Od Yosef Chai yeshiva have also been involved in carrying out the hate crimes. The religious institution led by US-born Rabbi Yitzchak Ginsburgh has been long viewed by the Israeli defense establishment as a hotbed for extremism.”

According to Ghassan Daghlas, a Palestinian official in charge of monitoring settler violence for the Nablus governorate, the Thursday attack by the paramilitary settlers, which coincided with the military invasion of the nearby village, involved Israeli paramilitary forces throwing rocks at Palestinian vehicles and blocking the main road.