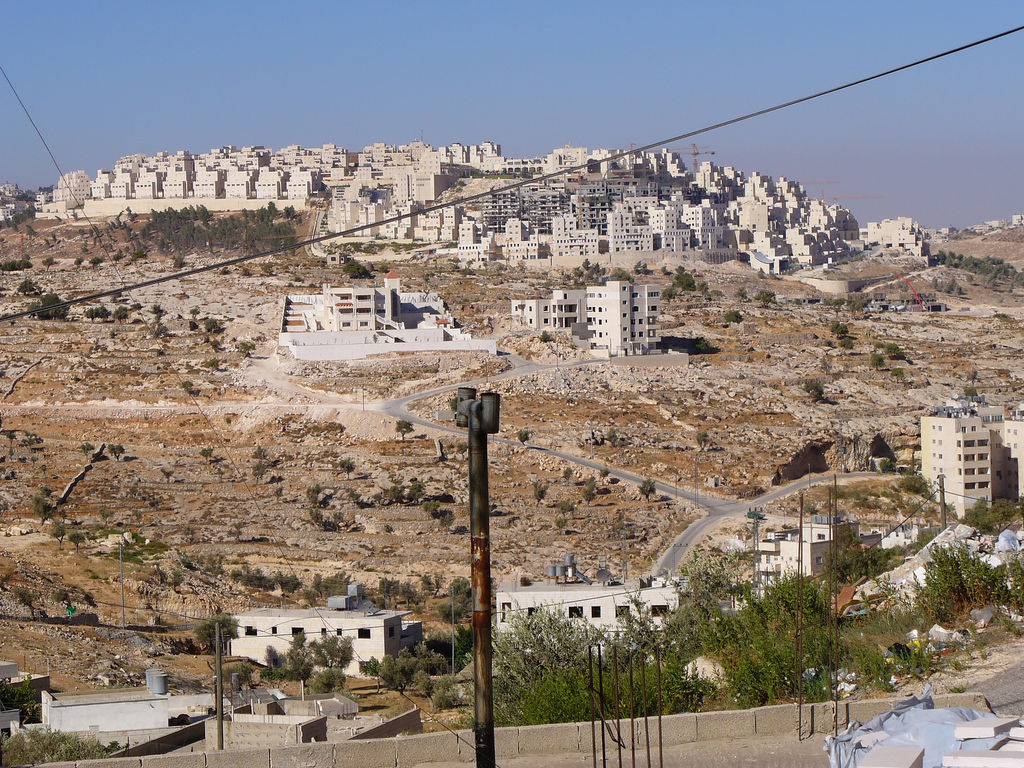 Israeli forces moved into the eastern part of the town of Beit Sahour, just outside Bethlehem, after unknown persons fired several shots at a vehicle driven by an Israeli settler near the settlement of Har Homa.

According to local sources, no injuries were reported, but the shots caused damage to the vehicle. Israeli media sources report that the gunshots were fired from a car by unknown assailants who were able to flee the scene.

The Israeli military then moved in to conduct searches and interrogations in Beit Sahour, but as of this report had not apprehended any suspect.

Har Homa was constructed beginning in the late 1990s on illegally-seized Palestinian land on the mountain of Abu Ghneim, which had been part of the town of Beit Sahour.

Beit Sahour has the highest concentration of Palestinian Christians, and is known as ‘Shepherd’s Field’, where Christians believe that the shepherds received a message from an angel about the birth of Jesus in Bethlehem.

Around 600,000 Israeli settlers live in the West Bank and East Jerusalem in direct violation of international law, signed peace agreements and the Fourth Geneva Convention, which prohibits the transfer of a nation’s civilian population into land occupied by the nation’s military.

Over 16,000 of these Israeli settlers live in Har Homa, which is built on a hilltop overlooking Beit Sahour. It has become one of the largest illegal Israeli settlements in the West Bank.