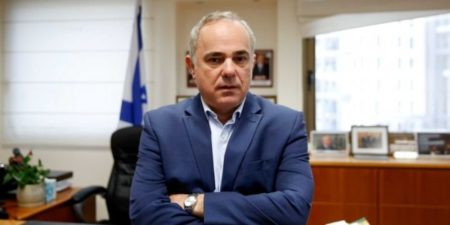 Israeli officials continue to threaten with a massive military operation against the Gaza Strip, while Israel still refuses to ease the blockade.

Israeli Minister of Energy, Yuval Steinitz, also a member of Israel’s cabinet, said on Monday that they “are planning a large-scale military operation in Gaza,” adding that Prime Minister Benjamin Netanyahu is working “firmly but in a wise and deliberate manner.”

Speaking to Israeli public radio, Steinitz said that the thee Palestinian men who were killed on Saturday night were killed before they approached the security fence.

“We also bombed inside Gaza to clarify who is responsible, ”he said, referring to the bombing of Hamas positions.

“None of the former generals had and will not be a long-term solution to the Gaza problem. But, when we try to achieve a long-term truce, we demand a calm in the Gaza envelope and the return of the (Israeli citizens) prisoners and the bodies of the two soldiers. The truth is that Israel has never succeeded in preventing terrorism,” he said, according to the PNN, referring to Palestinian resistance operations.

Two reports said, yesterday, that the Israeli security service estimates that the storming of Palestinian fighters from the Gaza Strip into Israel on Saturday night – Sunday was not planned by Hamas but “a local initiative.”

“Hamas is trying to maintain calm, but there are those who are not interested in calm,” an Israeli security official told Israel Radio. He said the Israeli army expects rocket fire from Gaza to continue, in the coming days.