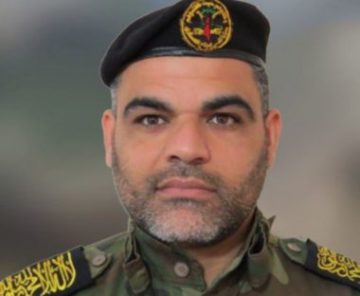 The Palestinian Health Ministry has reported that Israeli war jets fired, on Wednesday at dawn, several missiles into different parts of the Gaza Strip, killing two Palestinian and wounding several others. Twelve Palestinians have been killed by Israeli missiles since Tuesday.

Dr. Ashraf al-Qedra, the spokesperson of the Health Ministry in Gaza, said the soldiers fired missiles into central Gaza, killing one Palestinian, and wounding several others.

The Al-Quds Brigades, the armed wing of the Islamic Jihad, said the Palestinian was one of its members and identified him as Khaled Mo’awwad Farraj, 38.

It stated that the Palestinian was assassinated in the al-Mighraqa area, in central Gaza.

The second Palestinian has been identified as Ala’ Jabr Eshteiwi, 32, and was killed in the Zeitoun neighborhood in Gaza city.

He was killed by a missile fired from an Israeli drone, directly targeting him.

More missiles were fired into farmlands in Tal al-Hawa neighborhood, west of Gaza city, causing damage to nearby homes.

One Palestinian home was struck and leveled by an Israeli missile in Rafah, in the southern part of the Gaza Strip.

On Tuesday, Israeli missiles killed ten Palestinians, and injured 45 others, in several parts of the Gaza Strip, as officially confirmed by the Health Ministry.

It is worth mentioning that, according to Israeli sources, 41 Israelis were injured, Tuesday, including five who suffered serious wounds, due to Palestinian shells.