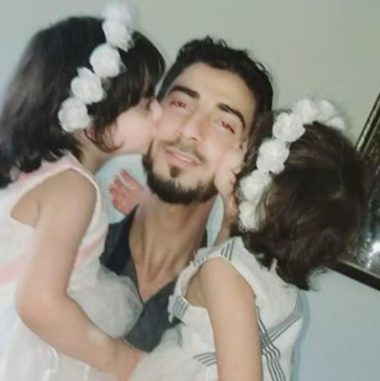 Tuesday’s escalation by Israeli forces has caused the deaths of ten Palestinians, with more than 45 civilians wounded by Israeli airstrikes, according to local sources.

These five, killed in airstrikes on Tuesday afternoon, are in addition to the five killed earlier in the day by Israeli bombs.

Local sources report that Israeli F16 bombers continue to circle the skies above Gaza, causing panic and shock for the 2 million residents of the Gaza Strip.

In response to the bombardment, U.S. presidential candidate and former vice president Joe Biden issued a statement on Twitter in which he did not mention the 10 Palestinians killed and 45 wounded, but condemned instead the Palestinian resistance for firing rockets into Israel which caused no casualties, saying “Israel has a right to defend itself against terrorist threats. It is intolerable that Israeli civilians live their lives under the constant fear of rocket attacks.”

The Ten slain Palestinians have been officially identified by the Health Ministry in Gaza as:

45 Palestinians were injured, some suffered life-threatening wounds. The Israeli missiles have also caused excessive damage to many homes, apartment buildings, and other structures, in addition to infra-structure damage in various parts of the Gaza Strip.

The Palestinian Health Ministry has confirmed, Tuesday, that a Palestinians died from serious wounds he suffered earlier after the Israeli army fired missiles targeting several Palestinians in Beit Lahia, in northern Gaza.

The Health Ministry said the Palestinian, identified as Ibrahim Ahmad ad-Dabous, 23, died from serious wounds he suffered in the Salateen area, northwest of Beit Lahia.

His family said he just married just two months ago.

He was seriously injured when the army killed Zaki Ghannam, 25, after it fired missiles targeting several resistance fighters in Beit Lahia, in the northern part of the coastal region, also leading to the injury of three Palestinians.

As the Israeli army continued its bombardment of several parts of the Gaza Strip, a Palestinian was killed, and three others were injured; the death brings the number of Palestinians, killed by Israeli missiles in the Gaza Strip, Tuesday, to four, while at least 25 others have been injured.

The Palestinian, identified as Zaki Ghannam, 25, was killed when the army fired missiles targeting several resistance fighters in Beit Lahia, in the northern part of the coastal region, also leading to the injury of three Palestinians.

The Islamic Jihad said the slain Palestinian was one of its fighters. He was from Beit Lahia, in northern Gaza.

The Israeli army also fired many missiles into several parts of the Gaza Strip, including apartment buildings in Gaza city, and the al-Manara neighborhood in Khan Younis, in the southern part of the coastal region.

The escalation started after the Israeli army assassinated Baha’ Abu al-‘Ata, 42, a senior leader of the Islamic Jihad, after firing missiles at a residential building in Gaza city, also killing his wife, Asma’, and wounding their siblings Salim, Mohammad, Lian, and Fatima az-Zahra’, in addition to their neighbor Hanan Hallas, were injured.

It is worth mentioning that the Israeli army also attempted to assassinate a senior leader of the Islamic Jihad in the Syrian capital, Damascus, killing two, including his son, and injuring nine others, among them the grandson of the leader.

The al-Mayadeen News Agency has reported that the Israeli Air Force struck the home of Akram al-Ajjouri with two missiles, killing his son Moath, and wounding his granddaughter. The strike also led to the death of Abdullah Yousef Hasan, and the injury of eight other civilians.

The Islamic Jihad said it fired a barrage of shells into several Israeli areas in retaliation for the Israeli offensive, and that it will not be part of any mediation or truce talks.

One of the shells hit a house in Eshkol regional council, and one hit a house in Sderot, in addition to a highway in the central part of the country.

Israeli missiles struck homes, buildings, and the headquarters of the Independent Commission for Human Rights in Palestine (IHCR), which occupies the fifth, sixth and seventh floors of a multi-story building near the Palestinian Legislative Council in the center of Gaza City.