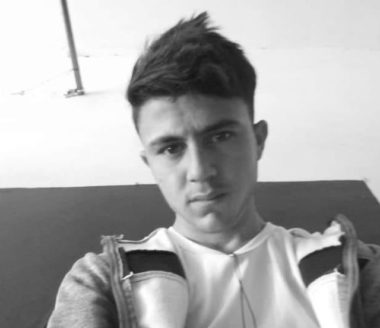 The Palestinian Health Ministry has confirmed that Israeli soldiers killed, Tuesday, a Palestinian teen, and seriously injured two others, in Jabalia, in the northern part of the coastal region.

The Ministry said the slain Palestinian has been identified as Mohammad ‘Atiya Hammouda, 18, from Jabalia.

It added that the Palestinian was killed, and two others were seriously injured, when an Israeli war jet fired a missile at their motorcycle. They were rushed to the Indonesian Hospital, in northern Gaza.

The Israeli Air Force also fired missiles into a site in Beit Lahia, in northern Gaza, and an apartment , southwest of Gaza city, causing damage.

Earlier Tuesday, the soldiers assassinated a senior leader of the Islamic Jihad in the Gaza Strip, identified as Baha’ Abu al-‘Ata, 42, and his wife Asma’ Abu al-Ata, after firing missiles at a residential building in Gaza city.

Their siblings, Salim, Mohammad, Lian, and Fatima az-Zahra’, in addition to their neighbor Hanan Hallas, were injured.

The ongoing Israeli bombardment led to property damage to various homes and buildings, including a school run by the United Nations Relief and Work Agency (UNRWA).

The Islamic Jihad and other armed resistance groups fired many shells into Israeli areas in retaliation to the Israeli escalation.

Israeli sources said at least 60 shells were fired from Gaza into various areas, including Gush Dan, Ashdod, and south of Tel Aviv, after the assassination of the Islamic Jihad leader.

Furthermore, the Israeli Air Force carried out several airstrikes targeting a senior leader of the Palestinian Islamic Jihad in the Syrian capital, Damascus, killing two, including his son, and injuring nine others, including his grandson.

The al-Mayadeen News Agency has reported that the Israeli Air Force struck the home of Akram al-Ajjouri with two missiles, killing his son Moath, and wounding his granddaughter. The strike also led to the death of Abdullah Yousef Hasan, and the injury of eight other civilians.