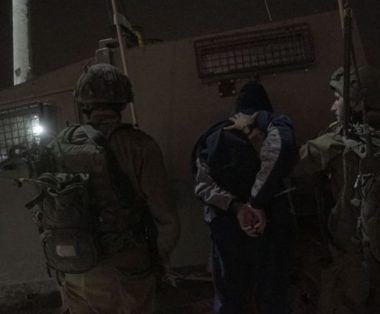 Israeli soldiers abducted, overnight until morning hours Tuesday, seven Palestinians, including two teens, in several parts of the occupied West Bank, after the soldiers invaded and ransacked many homes, the Palestinian Prisoners’ Society (PPS) has confirmed.

It is worth mentioning that Mahmoud’s father, Ahmad, is imprisoned by Israel after being sentenced to 18 life terms.

In occupied Jerusalem, the soldiers abducted a guard of the al-Aqsa Mosque, identified as Ehab Abu Ghazala.