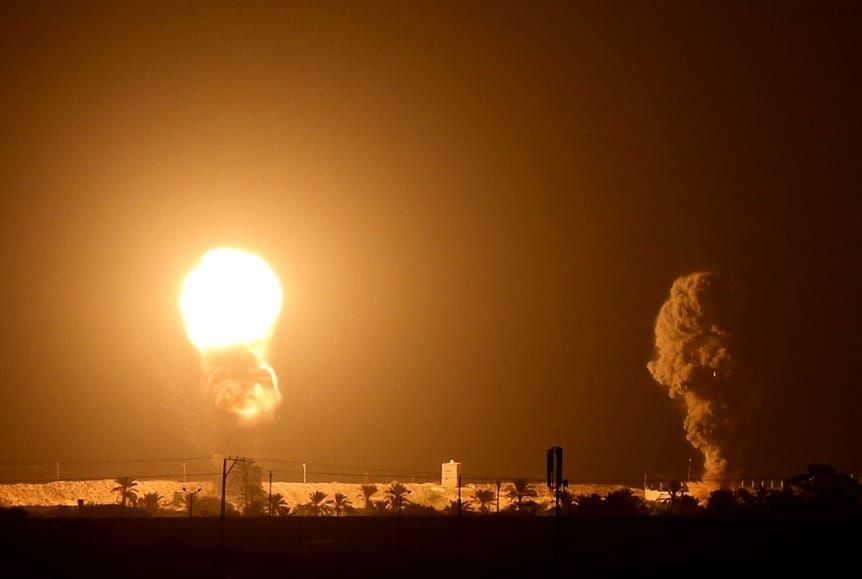 Local sources said, Israeli military jets and a helicopter launched airstrikes on a site, near Beit Lahia, in northern Gaza, belonging to the al-Qassam Brigades.

Material damage was sustained to the sites, no human casualties were reported.

After the aerial attack, the Palestinian armed-resistance responded by firing a number of rockets towards Israel.

Israeli jets also bombed another site, northeast of Gaza city, and one to the west of Deir al-Balah city, reducing the sites to rubble and causing damage to nearby civilian houses.

Shehab’s correspondent reported that Israeli warplanes targeted the northern Gaza Strip with more than 6 missiles, and 5 missiles were fired in the center of the besieged enclave.

As U.S. president Donald Trump hosted Benjamin Netanyahu, on Tuesday, in a ceremonial signing of the normalisation deals between Israel and 2 Arab countries, the Palestinian armed resistance fired 2 rockets into Israel.

Shehab News Agency
[A new video to target the occupation warplanes of a site for Al-Maqqa and the west of Beit Lahia, north of Gaza Strip]

Shehab News Agency
[#Photos of Israeli raids on Gaza Strip a while ago.]

Shehab News Agency
[#Watch: The moment of targeting the site of the northern Gaza Strip]

Shehab News Agency
[The Hebrew media publishes a video alleging to document the moment a rocket launched from the Gaza Strip towards Sderot, today’s dawn.]

Shehab News Agency
[Watch the Iron Dome launch its rockets in an attempt to intercept the Makka missiles and a nation in the sky of the Sderot settlement.]