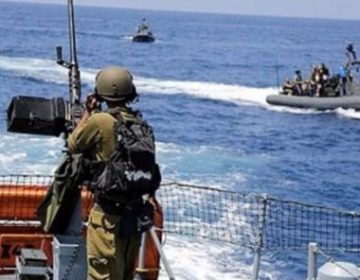 The navy fired many live rounds at the boats, and chased some of them to the shore, before abducting two fishermen, identified as Sha’ban Abu Ryala and Mohammad Abu Ryala.

The attack forced the fishermen back to shore, in fear of further Israeli violence against them, and their boats.

In related news, the Palestinian Prisoners’ Society (PPS) has reported that Israeli soldiers abducted at least thirty Palestinians in different parts of the occupied West Bank, including seventeen in the al-‘Isawiyya town, in East Jerusalem.