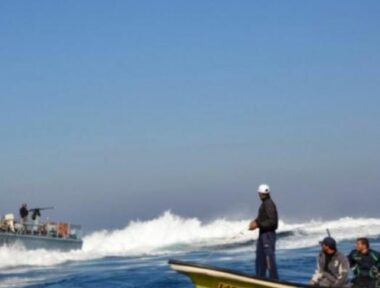 Eyewitnesses said the navy fired many live rounds and gas bombs at the boats, forcing the fishermen to leave.

The navy also chased several fishing boats and used water cannons. The attacks caused damage but did not lead to casualties.

In March of last year, the Palestinian Interior Ministry in Gaza said Israeli mines were responsible for an explosion that led to the death of three fishermen.